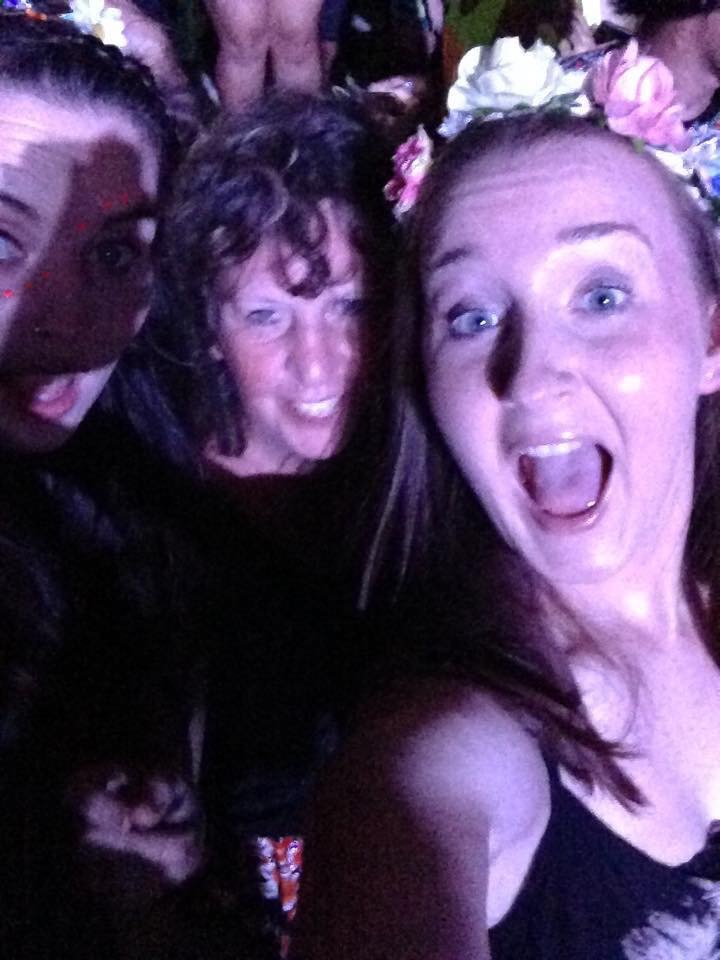 I like to party and dance and I got the opportunities whilst travelling as well as before.  (We will see about after!)

I went to the Full Moon Party on Koh Phan’gan in September 2016 on my own, sort of.  I was at the Rainbow Bungalows on the island, arriving with my backpack to be told quietly as the owner explained to me ‘ the next day, Sunday, will be a biiig party there’.

I told him I knew, and that’s what I had come for.  He stopped, looked confused, and said: “You go? My mother she no party!” and my reply was “My girls they say, my mother – she parties!” smiled and moved on with the booking in and settling in.

He and the staff were fascinated that, at my age, I was going to the party on the beach, world renowned (although I had only heard from it from my daughters then boyfriend, who was upset as I would be going before him – another party animal!).  Hence I had sought it out, going via Koh Samui, another beautiful tropical island.

At the bungalows, my cabin on the beach!  Meeting Charlie and friends from Ireland who invited to join them getting to the Full Moon Party as I had no idea how to, and then we were joined all together with the 9 German travellers also going – in one song thew, two hanging off the back!

It was fun, they were a little held back not knowing each other but the next day and there was different!  The Germans invited me to join them around the party, seeing me dancing on stage with some English girls who had also ‘adopted’ me to take care of me (as many young people seemed to think they needed to! Bless!)

I loved it – a bucket full of mojito (or two!), dancing to a variety of music on stage and sand, by the sea, and throngs of people from all cultures, all ages, having fun and enjoying life.  Some, I realise, would be worse for wear the next day and some not quite as fun and friendly as the might be, but I saw nothing untoward and felt quite safe, even leaving in a song thew I hadn’t ordered, knew no-one on or where it was going other than they drivers all seeming to know how to sort us revellers and get their fares!

I danced until four in the morning, got back down a dark, unlit steep path I had never seen in daylight to my beach hut, and collapsed for a few hours.  Up for breakfast or brunch at least, Charlie rolled in about 11.30 with no sleep and then went off and we didn’t meet again.

The Germans tried to involve me but couldn’t speak great English and I was so tired I wanted to just rest.  One of the lads had a burn on his thigh, untreated, after drunkenly trying to jump the fire rope and one of the girls a burn on her arm too.

As a mum, I was worried.   As a backpacker, I let it go.   Its part of the travelling experience, part of the learning, part of growing up … (or staying young!).

After that I also got to Ibiza on the way back, meeting my daughters there to party with them, and one night in Hue, Vietnam!