I’ve always been intrigued by the wild and scary Amazon I’ve seen on TV and read about, and the wildlife, tribes and flora – but the reality is different.  It’s serene, peaceful and the lifeblood of the people there, and there are animals and flora but so much morecpositive than I believed.  And I fell in love with it…

Setting of from Iquitos, my hostel/hotel turned out to be right next door to the Maniti office, as I’d booked online!!  The young guy came for me, to sort it out for next day so it was easy to get there for 9 am!

Ashuco, our guide to be, was there and I just clarified Indidnt have things on the list I’d only checkedvthe previous day and told the owner who said they had runber boots (wellies, it turns out) for everyone to borrow, but had stuff but enough or right for  the tour?!

We set off to the port, after Susan and Tom arrived, an American couple whomwere great to,be on the tour with!! 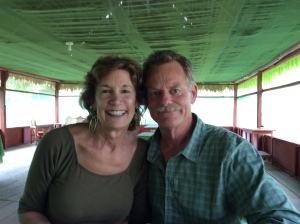 My adventure began then, as I was faced with the planks of wood  over the water taking us to the boats – something that I’d avoided at Belen and the floating villages, when i visited with George the day before! They didntblook secure to me but now I had no choice but to go!!

I only had my rucksack and small bag with me, but they were taken by the staff which helped.  It was ok as Sue and Tom were there and he said too ‘the adventure begins’! 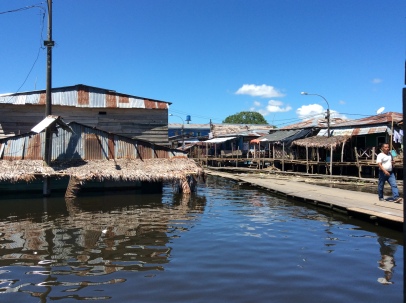 The boat didnt look great either but over the week, became a second home and at times it stalled, or got stuck, this was all part of the adventure, and roughing it was expected!

It was actually more luxurious for me than I expected, with help at every turn to get on abd off the boats, en suite bathroom in a hut to myself and three beds (2 second time, one of which was a double!)  The shower and bathroom were only wood or hardboard but still, jungle life is different isnt it?!  The cool showrrs wrere very welcome every day, 2-3 times usually!  Towel provided too which is not always the case in hostels!